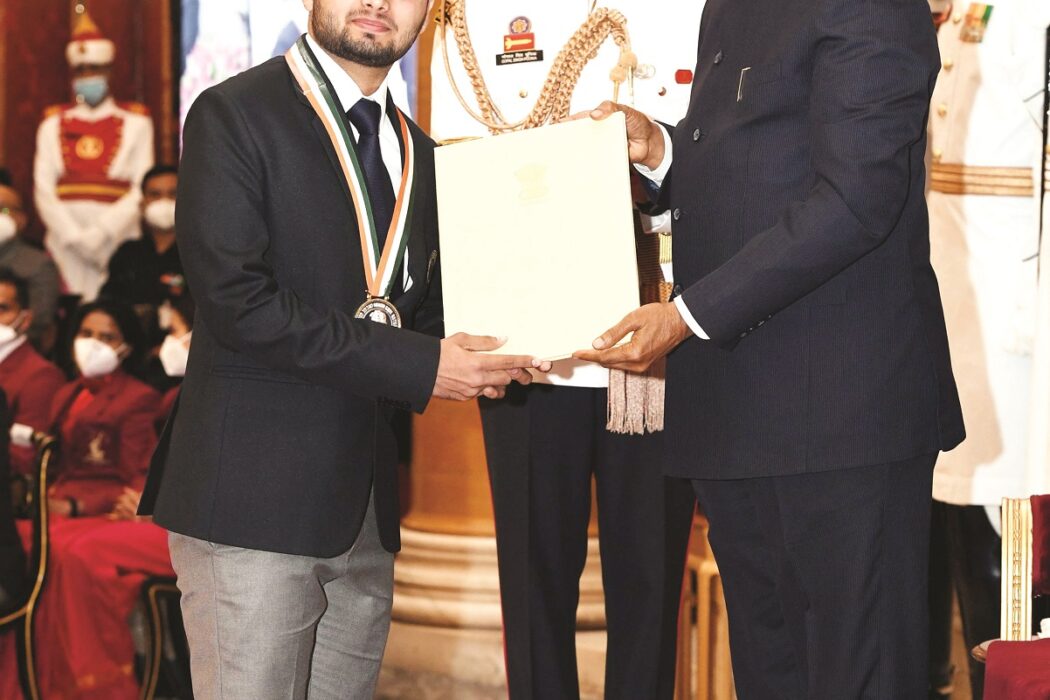 Representing the country at the Tokyo Paralympics 2020 was a moment of pride not only for the shooting star, Manish Narwal but for each and every person of his town, named, Ballabgaarh. In conversation with Urban Melange, he shares some anecdotes from his journey.

With a keen interest in sports, Manish grew up with the dream of representing his country at an international level. “I always wanted to become a football player and was interested in the sport since I was a kid. I had also dreamt of representing our country at the highest level in football,” says Manish.

“My father’s encouragement and dedication are the reason why I became successful. He always pushed me to try my best and would pick me up whenever I felt low. One of his quotes which I didn’t understand then, now means a lot to me and motivates me every now and then. He said ‘a man’s thinking makes him paralyzed, not a physical deformity.’ I hold this quote very close to my heart and have made it as my life’s mantra,” explains Manish.

But life doesn’t go as per our plan and Manish’s life also had its own plans and he met with the challenge of a hereditary ailment in his right hand. He then started trying out other sports in an attempt to find his niche. His father was also a wrestler, so he understood the power that sports had in impacting a person’s life. That is why he always encouraged Manish to move forward and try his best till he succeeds.

“I always wanted to be a footballer as I loved outdoor sports. But due to my disability, I couldn’t play the game beyond the local club level. A close friend of my father told him to think about introducing me to shooting. My father took me to the TenX shooting academy in Ballabgarh, run by coach Rakesh Thakur. Had he not been there, I wouldn’t have excelled in the sport. I owe my success to him,” said Manish

After this, there was no looking back as he had now found his calling and was ready to shine through the challenges that life threw at him. He kept on achieving bigger goals, one after another, and started breaking records and winning medals against people with more experience than him and with international exposure. When he started, Narwal did not know about para-sports or the Paralympic Games, he was practicing and competing with other able-bodied athletes for the love of the sport. His talent was spotted by coach Jai Prakash Nautiyal and after winning medals at various national level competitions, he was selected to represent India at the 2017 Bangkok World Cup.