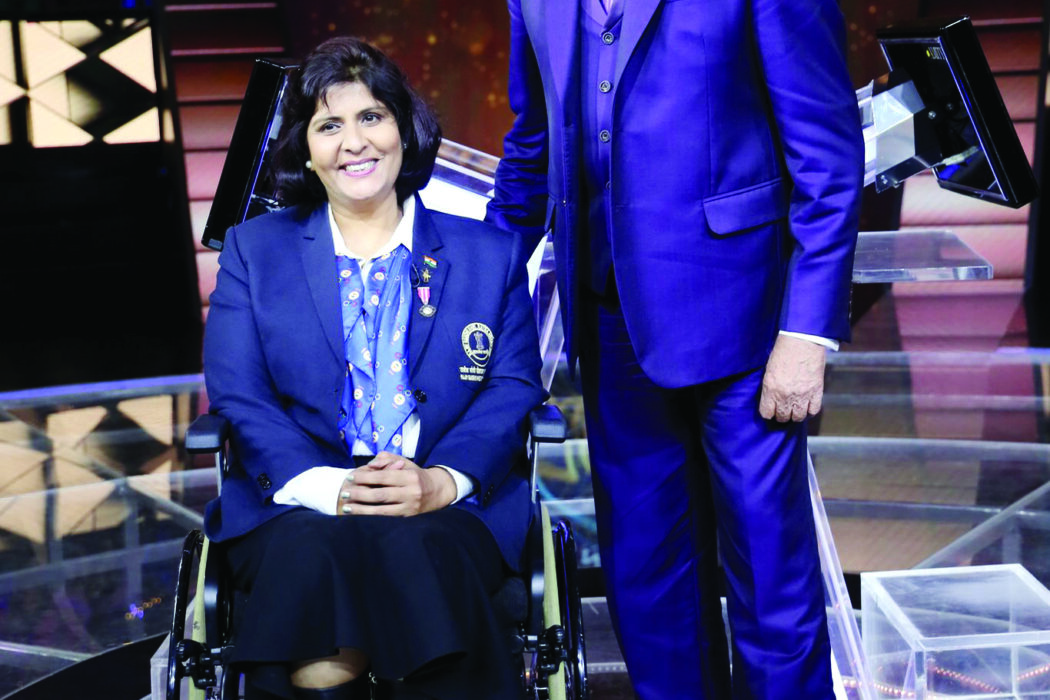 The woman extraordinaire, who started her sports career at the age of 36 is the most decorated Paralympic athlete in India. She has always found herself more to be a sports activist rather than a sports person, leading a change. In conversation with Urban Melange, she talks about her journey as an athlete and as the President of the Paralympic Committee of India.

With her name registered in the Limca Book of Records twice, Deepa Malik is a fireball of motivation when it comes to overcoming the challenges in life. A Major Dhyan Chand Khel Ratna awardee, Deepa Malik is the first woman in our country who won a medal in the Paralympic Games. Talking about what she felt while going ahead with participating in sports as the first paraplegic woman in India, she said, “I was apprehensive! Because being paraplegic requires special attention like living arrangements and wheelchair accessible bathrooms etc. These need to be taken care of before you venture to do something. As for joining the world of sports, it was purely by luck. The Maharashtra Paralympic Sports Association had earlier seen me swimming. They asked me if I wanted to participate in the Nationals and that it was a sure shot medal because I was going to be the first one in my disability category. I could swim but I never knew that it was worth a medal.”

As the President of the Paralympic Committee of India, she makes a sure day in and day out that people with special abilities are encouraged to try their skills in sports. “The attention of the government shifted to para-sports, accepting it as mainstream sports. Parasports were included in all the mainstream-funding programs of the government and the awareness spread. The media took notice, so did social media. The working of the federation became more streamlined. There was a deliberate attempt to conduct proper selection trials and introduce sciences in sports. The talent pool was identified and nurtured, aiming at future events such as the Tokyo Paralympics. would also grant it to the coaches, along with the administration’s support. The coaches have understood after Rio that medals can be won when sports sciences are introduced,” adds Deepa.