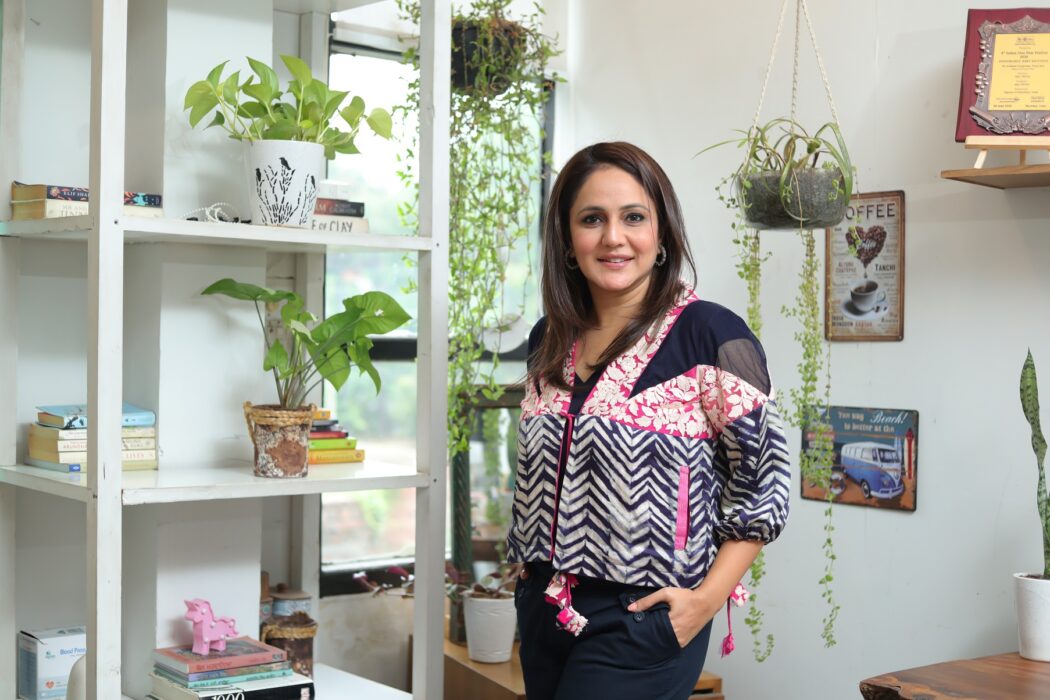 Nimrat Kaur elevated Rozana Spokesman to uncharted heights in the digital realm. Urban Mélange catches up with the multifaceted journalist for a quick tête-à-tête.

How does a lady from Chandigarh go from being a qualified psychologist to running her own not-for-profit to finally finding her place as a fearless journalist? Nimrat Kaur might be the Managing Editor of Rozana Spokesman, but in her own words, journalism chose her, “It was completely unplanned and just happened,” she states. As the face of one of Punjab’s widely watched digital channels, Nimrat is accustomed to being identified as a journalist, “I was at Singhu with my two boys covering the farmer protests. Getting recognized as a credible journalist by the protesting public in front of my sons has been a great achievement for me,” she smiles.

Rozana Spokesman is the third most subscribed daily newspaper, started the digital channel with a team of 2 in 2015. But in an industry where everything is quantified, one of Nimrat’s most memorable experiences has been winning over the digital world as Punjab’s most-watched Punjabi Digital channel worldwide. “We managed to dethrone a well-funded news channel with a staff of over 250 to reach the number 1 spot and it was an incredible moment,” she beams. But what does it take to keep a digital publication/channel consistently on top? Nothing complicated, as Nimrat nonchalantly explains, “I think this is where my Psychology background helped me. We were the first to do positive stories that explored the humane angle. The goal has always been to write what touches the heart, and I write from the perspective of the common individual. The vision is to create a platform for the common man’s voice that can compete with the voice of the powerful.”

Success does not come without its fair share of challenges. Nimrat and her team at Rozana Spokesman are no exception. “We were the first to refuse advertising from healers and quacks, which did make things difficult — I had to sell my jewelry to start the channel! As a single mother, my challenges have mostly been personal, with the channel being my support system. As women we face sexism, but I have reached a point where I am not daunted by anything,” asserts Nimrat.