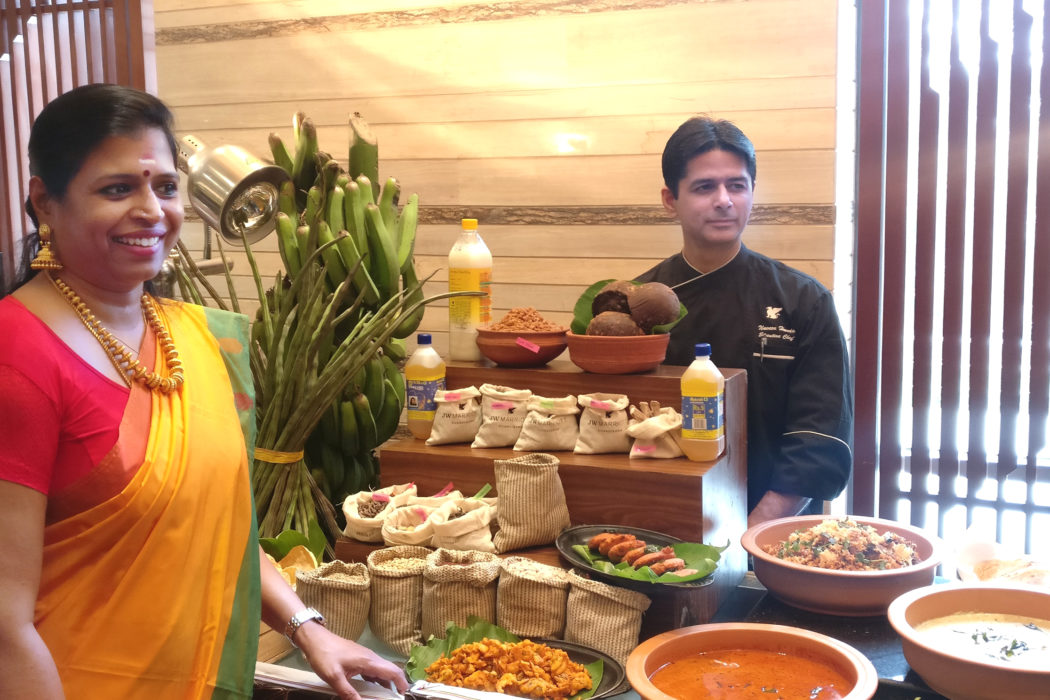 During her recent visit to JW Marriott Chandigarh, food historian and Chef, Sridevi Balasubramanian shares with us her trailblazing journey, her favourite recipe and lots more!

Chartered Accountant turned food historian and Chef, Sridevi Balasubramanian popularly known as Shri Bala started cooking at the tender age of nine years and even before she turned into an adult, she could cook most of the dishes in the three volumes of Samaithu Paar including complicated sweets.

“I don’t remember if I wanted to be a Chef, but my mother definitely wanted me to be one. So I went to IHM, Chennai post my Senior Secondary Board examinations at my mother’s behest.  However, I could not pursue the course because we belong to an orthodox vegetarian family and the course had vegetarian and non-vegetarian cuisine as part of the curriculum,” shares Bala who didn’t lose hope and continued cooking and posting pictures of her dishes on social media.

“It was here that a surprising turn of events brought me in touch with Chef Ashish Bhasin and my life turned 360 degrees. Not only did I become a guest chef, but slowly my experience of cooking professionally gave me enough confidence to cook any complicated non-vegetarian dish as well. I am thus a staunch believer of destiny,” she adds with a satisfied smile on her face.

Shri Bala recently visited Chandigarh for The Black Pepper Food Festival which traces the journey of spices in India through a culinary sojourn of Southern Deccan region of Tamizhagam. “Until the late 1400s, our main source of spice in the Indian cuisine was Black Pepper. Till that time, we were not introduced to chillies. Europeans laid their eyes on Black Pepper realising its taste, texture and properties immediately realised its importance and called it Black Gold. Since black pepper became the favourite commodity for foreign trade, the price for the spice went up in the local market which allowed the cheaper red and green chillies from Europe to flood the markets. We started using it without realising that something precious was taken away from us from our very own land,” informs Bala.