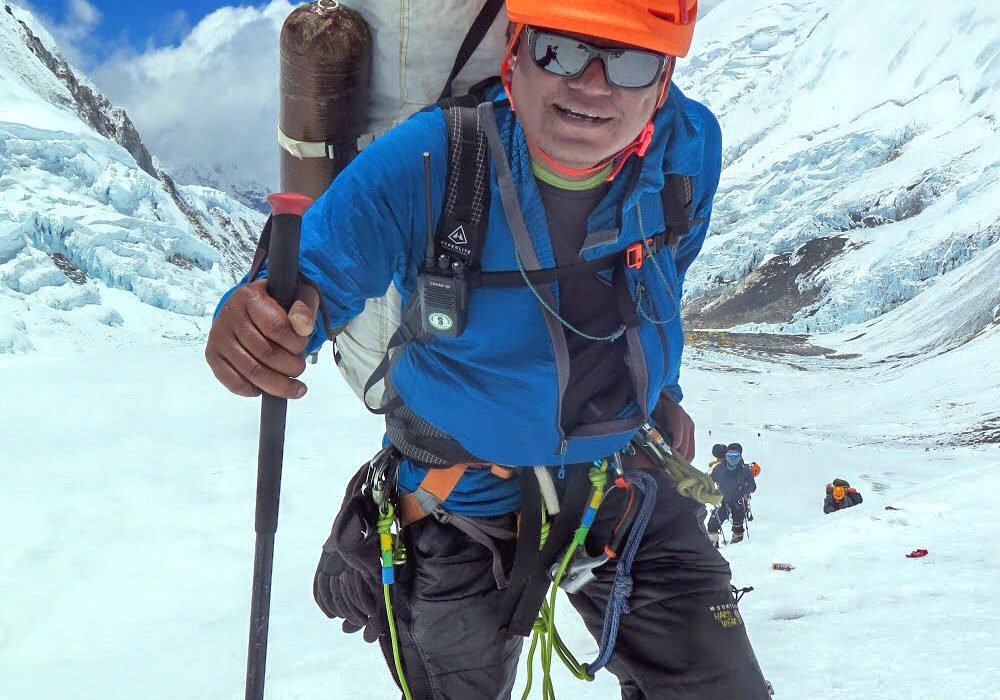 A sherpa’s rendezvous with Bhutan Himalayas

Having been born and brought up in India’s North East, Bhutan, which is a close door neighbouring country and shares the international boundaries with Assam, right from my childhood the Himalayan kingdom of Bhutan fascinated me, particularly their belief in Buddhism, concern for the environment and preserving their ancient culture at any cost.

As a much-published travel writer, I hope to awaken the spirit of wanderlust and the global attention that Bhutan is right now receiving for its revolutionary stance on “Gross National Happiness” instead of the more acceptable “Gross Domestic Product” by introducing the thoughts and opinions of a legendary Himalayan Sherpa – Ang Tshering Lama, who knows the Himalayas by the tip of his fingers.

I have known Ang since my childhood days in India’s remote the North Eastern state of Assam. We grew up together in a boarding school – (Carmel Residential School) in the quaint Assamese town of Tezpur. He has summitted Mt.Everest multiple times and holds to his credit the mantle of conducting the world’s highest rescue mission on Mt.Everest in the year 2017.

Well then, that’s pretty Sherpa-like, ain’t it? – pragmatic, no-nonsense and to the point.

Ang the mountaineer further adds – “Due to Bhutan government’s regulations in place, the number of visitors to Bhutan is pegged at around 40,000 whereas neighbouring Nepal receives close to a million visitors. What impresses me the most about Bhutan is that the cultures of begging and touting that predominantly germinate and grow around popular tourist hubs have no place in the Himalayan kingdom. How many countries on Planet Earth can you imagine where the government sets up a stringent Minimum Spending Requirements for visitors? Truly extraordinary”!

Bhutan is the seat of Vajrayana Buddhism and according to my mountain buddy Ang – Although the Vajrayana school of Buddhism had its origins in Tibet, there are divergences in terms of religious rituals as well as in the day to day monastic life. Ang points out that, the Bhutanese people’s fixation with spirituality is so deep that since 2003 all the Himalayan peaks over 6000 m were banned for mountaineering. Why?

Bhutan is at its best visit around the months of October, November and December. The temperature during the day varies from 5 degree Celsius to 8 degree Celsius. Try to coincide your trip in the month of November when the annual Crane Festival takes place. Check out the exact dates from the Bhutan Tourism Board – www.tourism.gov.bt , Tel: +975 2 323251/323252., E-mail: info@tourism.gov.bt

However, if you are an avid trekker, Phobjikha Valley is best visited in the summer months. Gangtey Valley Nature Trail is one of the most preferred hiking trail in the valley.