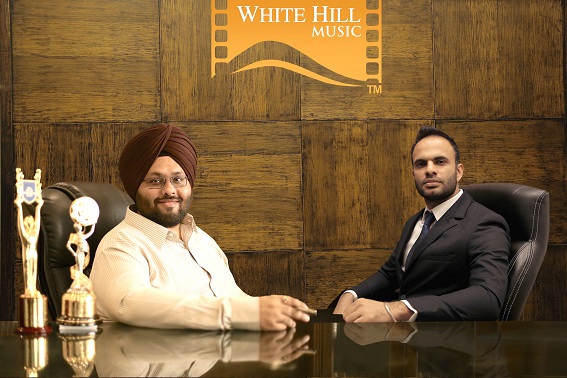 Presenting an exclusive tête-à-tête with the most-loved duo of Pollywood, Manmord Sidhu and Gunbir Singh Sidhu

Aristotle once said, “Excellence is never an accident. It is always the result of high intention, sincere effort, and intelligent execution; it represents the wise choice of many alternatives – choice, not chance, determines your destiny” and that is certainly the winning philosophy of Manmord Sidhu and Gunbir Singh Sidhu, Founders of White Hill Studios. The duo is reckoned to have produced some blockbuster movies of the Pollywood industry like Jatt & Juliet, Sardaarji 1, Sardaarji 2, Punjab 1984 and Carry on Jatta 2. So, we speak to them to know more about their truly inspiring journey so far!

You both started White Hill Studios as a film production house and then ventured into film distribution and music as well. Please share what ignited this interest to work in the entertainment industry? What do you enjoy more: music or films?

Manmord: I was always interested in the art of film-making. So, I graduated in Film Production from the University of British Columbia and later laid the foundation stone of White Hill Studios. I wanted to use the art of cinema to reach millions of people through the big screen and today, I enjoy every bit of it.

Gunbir: I am an engineer by profession but I always had a lot of interest in the process of film-making. I used to get into the detailed analysis of every film I watched, like how the film was made, what were the technicalities involved etc. However, this passion got its wings when I became a part of White Hill Productions in 2011, which was a venture started by Mr Manmord Sidhu and ever since then, there has been no turning back. The process of both film-making as well as music production intrigues me a lot and I think both of it goes hand-in-hand as they involve a lot of creativity and hard work. Film-making is usually a vast project while making a song is a smaller one. If I had to chose one from the two, it would be music production since music has always been very close to my heart.